Apps are a great way for young people to be empowered to tackle problems, and allow an opportunity to be creative and to make your ideas happen. Mobile devices have changed the way everyone lives. There are amazing Social Good apps that can be used for a variety of different things. Some can be used on a day to day basis, others can be used for research, and some can be used to educate. No matter the reason, a mobile app can give people the ability to stay consumer conscious and socially involved in every facet of life.

Here is an example of a compelling phone app: 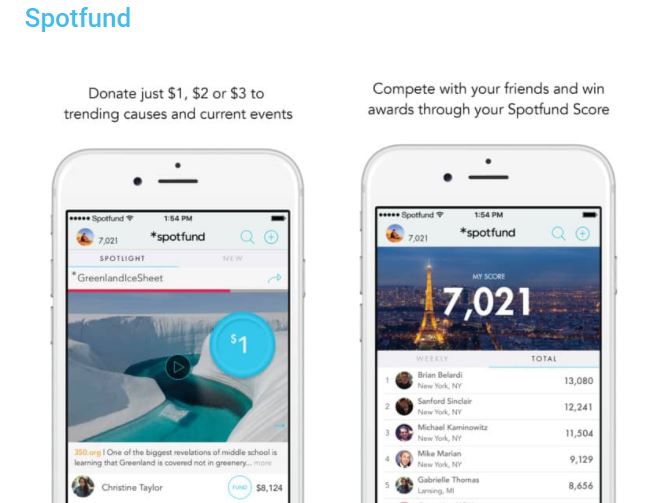 YOUR PURPOSE: Before starting your app, make sure you have an understanding of your target audience and your purpose behind creating the app. Here are a couple of examples of apps that young people created and why they did so:

In general, ask yourself these questions when determining your purpose:

YOUR FORMAT: If you’ll be using a pre-existing software platform to develop your app (i.e. you don’t have any coding experience), you may be able to publish a fully custom Android App, and simultaneously submit a native iPhone app version to the iTunes App Store. If you have lots of coding experience and will be building a phone app from scratch, then you’ll need to decide on a platform since it’s usually a good idea to start building for one platform first, not multiple. Likely you’ll be deciding between Android and Apple iOS, since the two companies account for over 90% of smartphones. Here’s some information to consider about each:

YOUR PROCESS: Your process for developing a phone app will largely depend on your experience. If you’re a coding expert and fluent in the programming language you need, you may be able to follow online tutorials directed at the more tech-savvy developer-types. If you don’t have any experience coding, you may want to use one of the app-developer platforms that are listed below (under “Resources For Creating Mobile Apps”). However, in either case, it might be a good idea to start your process with the steps listed here:

CodeWithChris: How To Make An App

This is a text widget. The Text Widget allows you to add text or HTML to your sidebar. You can use a text widget to display text, links, images, HTML, or a combination of these. Edit them in the Widget section of the Customizer.